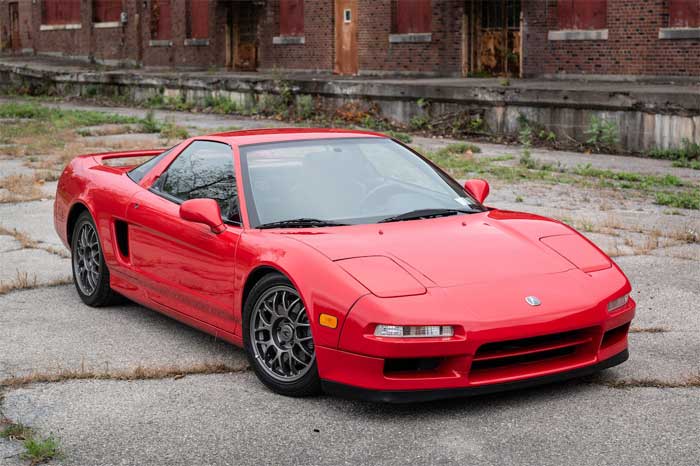 Of all the cars Acura made in the 90s, the most iconic is the Acura NSX. One of the more desirable versions of that car was the very limited-edition 1999 Acura NSX Zanardi Edition. That special edition was built with only 51 units made to celebrate the CART championships that Alex Zanardi won in 1997 in 1998.

The special version was 149 pounds lighter than the standard 1999 Acura NSX thanks in part to ditching the target top and using a single-pane rear glass, lightweight rear spoiler, manual steering, BBS wheels, and a lighter battery. The car is red with a black interior, which was the only color available for the special edition model.

Power comes from the NSX standard 3.2-liter V-6 engine paired with a six-speed manual gearbox. The car had only 57,000 miles and was listed on Bring a Trailer recently by a dealer. The car sold for $135,000, which is an impressive amount of money. The sticker price on the car was just under $85,000 when new.