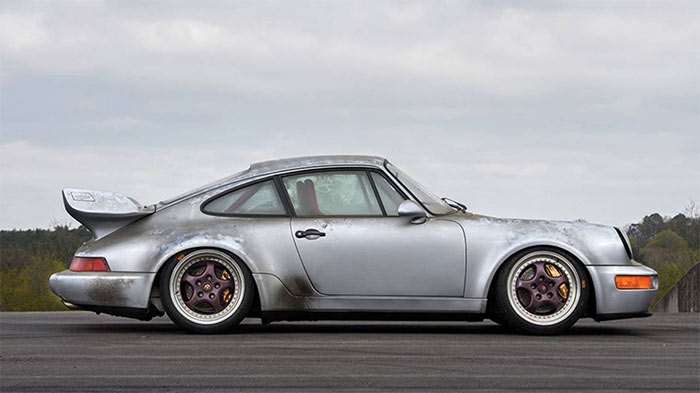 A few weeks back the story started making rounds that one of the most iconic and rare of all Porsche models was heading to the auction block. The car was a 1993 911 Carrera RSR 3.8 and it had only 6 miles on the odometer. The car had been custom ordered and then sat in storage for its entire life neglected and sullen.

The car rolled across the auction block at the Sotheby’s Villa Erba event over the weekend and the car sold for a whopping $2.25 million. The RSR 3.8 packs a 350 hp air cooled flat six, roll cage, and other upgrades to make it a track monster that someone never drove.

While the exterior looks terrible with what looks to be mildew all over the paint, the interior seems pristine in bright red. The car will clearly need some restoration, but when done I hope the new owner drives this thing rather than place it in a garage unloved for more decades.