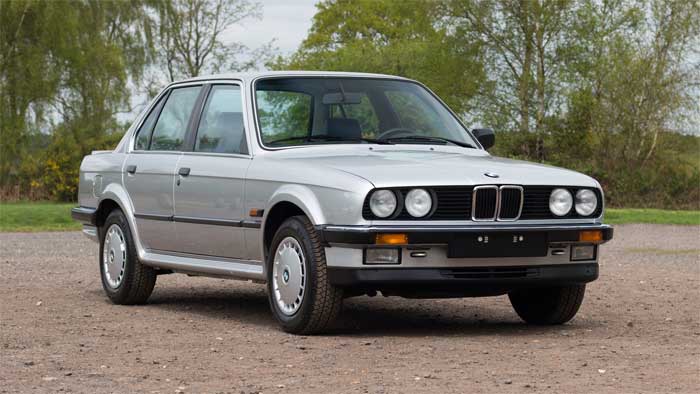 Older BMWs are among some of the most coveted of classic European cars. This particular car, which happens to be for sale at a Koenigsegg dealership in the UK, is a 1985 BMW 325ix. The car launched in 1985 and was the first all-wheel-drive car the brand produced. It came in two or four-door versions, and this one is a 4-door.

The cool thing about the car is that it has only 510km and was never registered by an owner. The dealership says that it is believed to be the most original 325ix in existence. One interesting aspect of the car is that with the all-wheel-drive feature, most were sold into cold regions of the US and Canada. Finding examples in Europe is rare.

The car is silver on the outside with a blue fabric interior and has thermal insulating glass. The car looks brand-new as it should with only 510 kilometers. The dealer is asking £48,000.