Last week we heard that the Nexus 10 was back in stock in the US Google Play store, and now the 16GB version of the Nexus 10 is available in the UK Google Play Store, and Google are showing a shipping time of 3 to 5 days.

The 32GB model of the Nexus 10 is still showing as sold out in the UK Google Play store and there are no details as yet 0n when this model will be available again. 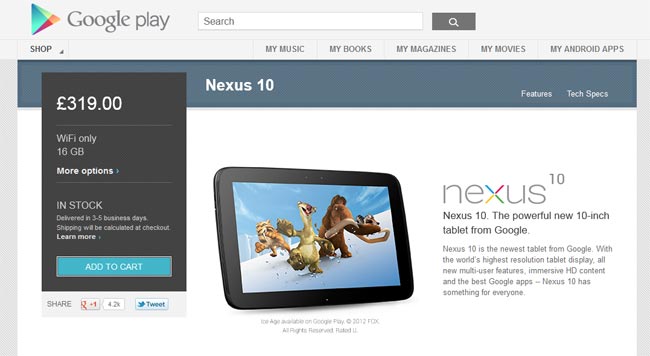