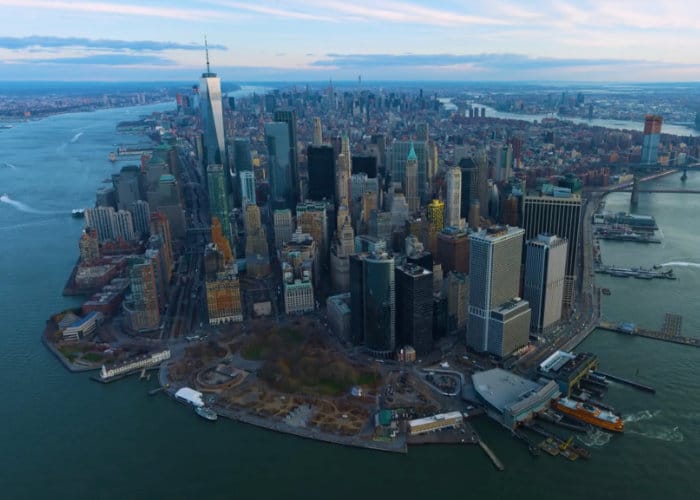 If you enjoy looking at cities, and what can be created using millions of tonnes of concrete. You sure to enjoy this stunning footage from cinematographer Phil Holland which captures New York City at sunrise in 12K high resolution for your enjoyment.

For more information on the RED Weapon Monstro 8K VV cameras used to create the 12K high-resolution footage of New York City jump over to the official Red website for full specifications and purchasing options. “The camera BRAIN is the primary building block of the RED system, housing the image sensor and advanced computing components. A DSMC2® BRAIN is capable of data write speeds of 300 MB/s, can simultaneously record in REDCODE RAW and Apple ProRes or Avid DNxHR/HD, and is offered with three sensor options – delivering incredible dynamic range and up to 8K resolution. With features like cable-free peripherals, integrated media bay, wireless control, DSMC2 is the most powerful and intuitive camera to date. It is also compatible with a growing arsenal of modules and accessories—from RED and other Third-Party manufacturers. Tack on interchangeable OLPFs and lens mounts and DSMC2 gives you the ultimate control over your footage.”