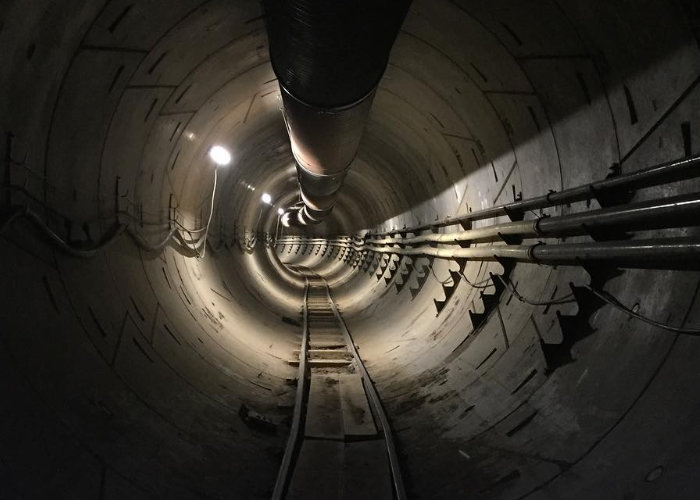 Elon Musk has revealed a sneak peek at the new tunnel his Boring company is creating beneath the streets of Los Angeles. Elon posted an image of the tunnel system via Instagram providing a first look at what we can expect from the new system help to relieve traffic congestion throughout Los Angeles. The Boring Company is an infrastructure and tunnel construction company founded by Elon Musk in late 2016 after he mentioned the idea of making tunnels on his Twitter account.

In July 2017, Musk claimed that The Boring Company had received verbal government approval to build an underground Hyperloop connecting New York City, Philadelphia, Baltimore, and Washington, D.C. In October 2017, the company obtained a utility permit to the construction of the Baltimore-Washington tunnel from the Maryland’s Department of Transportation. This part of the tunnel – some 35 miles between Penn Station in Baltimore to Washington Union Station – will start near Fort Meade. The New York to Washington, D.C. Hyperloop, which Musk claims will take 29 minutes to travel from city center to city center, will be built in parallel with the Los Angeles tunnel system announced in May. Other projects include a San Francisco to Los Angeles Hyperloop and a Texas Hyperloop, which are planned for a later stage

As more information services about the The Boring Company tunnel under LA we will keep you up-to-date as always.