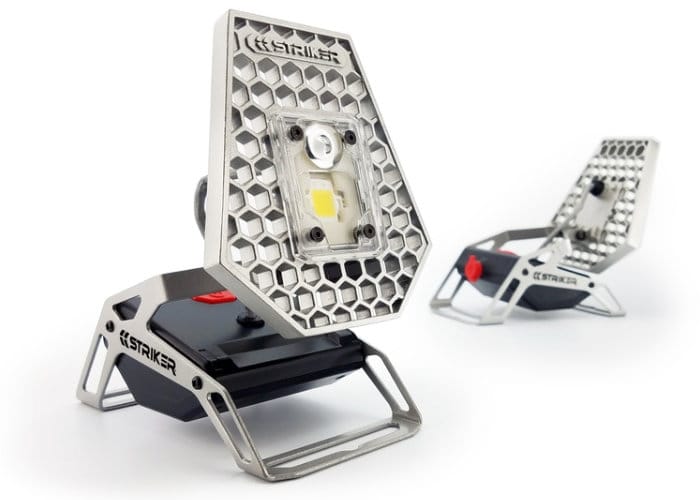 Striker Concepts has created a new daylight mobile work light called the Rover, which offers 1,200 lumens and builds on the companies pervious product the TRiLIGHT now offering a single light powered by a dual rechargeable 4,000 mAh battery which can be easily recharged using a USB connection. Watch the demonstration video below to learn more about the small portable lighting solution which is this week launched via Kickstarter and already raised its required pledge goal.

The Rover mobile work light is available to back with pledges starting from just $35 and delivery expected to take place during May 2018. Constructed from aluminium the lightweight lighting solution has four light modes which take the form of strobe, SOS, low and high illumination. The LED lighting system is surrounded by a tempered steel exoskeleton for protection and heat dissipation and is always cool to the touch unlike halogen shop lights.

A key feature of the Rover mobile work light is its unique variable lens design. When the lens is in the up position, the C.O.B. LED produces over 1200 lumens of light and spreads light out at 180 degrees, creating a “massive flood of light”, say its creators. For more details and full specifications on the work light as well as a full list of all available pledges jump over to the official Kickstarter campaign page by following the link below.