Earlier today we heard that the new ZTE Nubia X6 will be made official at a ZTE press conference on the 25th of March, and now ZTE has release a new teaser photo of the handset.

The photo below, of the new ZTE Nubia X6 was posted on Weibo, as you can see from the photo, the handset will feature a metal casing. 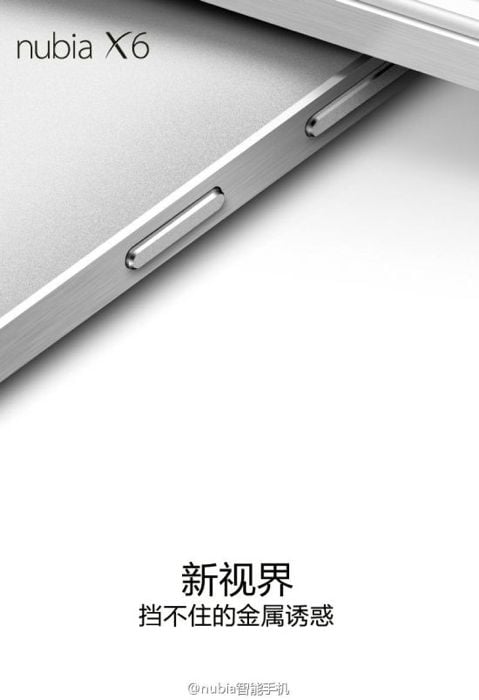 The ZTE Nubia X6 is expected to feature the latest version of Google’s mobile OS, Android 4.4 KitKat, and the handset will feature a 5.5 inch QHD display with a resolution of 2560 x 1440 pixels.

Other specifications on the ZTE Nubia X6 include a quad core 2.5GHz Snapdragon 801 processor from Qualcomm, the device will also feature either 2GB of 3GB of RAM.

The device is expected to come with a new fast charge feature, plus an extended battery that is designed to deliver maximum battery power.