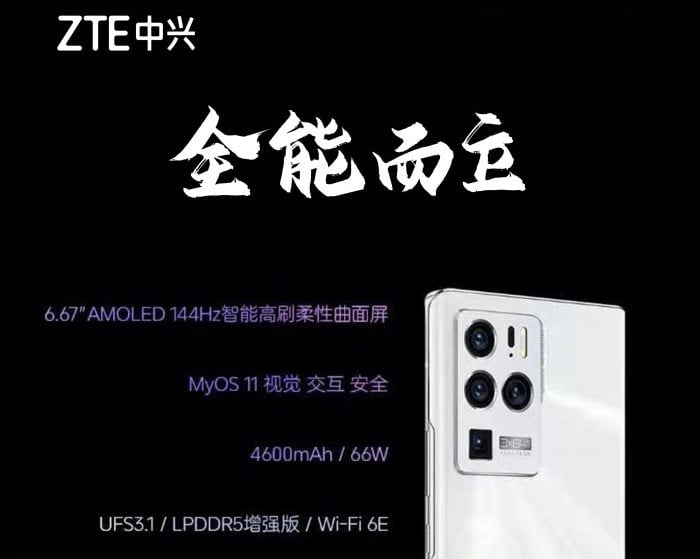 Yesterday we heard some information about the new ZTE Axon 30 Ultra smartphone and now ZTE has revealed some of the handsets specifications.

The device will come with a 6.67 inch AMOLED display which will features a 144Hz refresh rate, the exact resolution of the display has not been revealed.

They also confirmed that the handset will feature a 4600 mAh battery and will come with 66W fast charging and it will use UFS 3.1 storage and LPDDR5 RAM, the exact RAM and storage configurations have not been announced.

The handset will come with 5G and MyOS 11 which is based on Google’s Android 11 OS, those are the only details we know about the device so far. The handset will be made official by ZTE at a press event tomorrow, so we will have full details on the device then.