When it comes to keeping your gadgets like notebooks and smartphones safe, scratch protective films are a great way to start. I have used the Zagg invisibleSHIELD films on my iPhone for years and the stuff stops scratches for sure. Zagg also makes a full assortment of the films for other smartphones and for notebooks like the MacBook offerings from Apple. 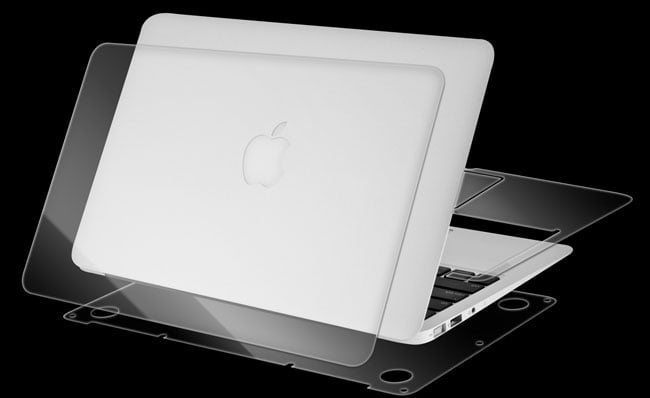 ZAGG has announced that it is now shipping new custom cut invisibleSHIELD full body protection films for both the 11-inch and 13-inch MacBook Air notebooks unveiled recently. The films are invisible and cover the bottom, top, and sides of the notebook to keep the machine from getting scratched up.

The film is easy enough to install on notebooks if you take your time. The liquid needed for the install and squeegee for smoothing things out is included. The film starts at about $55 for the new Air notebooks and you can order it now. It’s interesting that this film was originally used to keep fast spinning helicopter rotors safe.