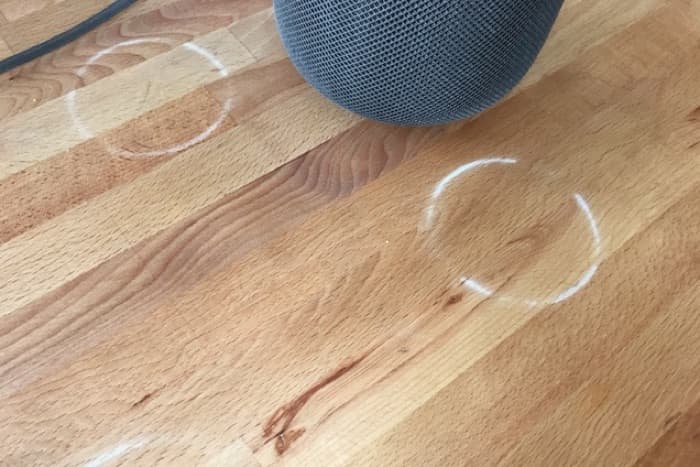 It looks like you may need a coaster for your Apple HomePod, a number of reports have revealed that it can leave marks on some furniture. This was recently discovered by both Wirecutter and Pocket Lint who released some photos of the marks left behind.

The Apple HomePod appears to leave marks on some types of furniture that have been treated with oils or waxes. Apple has now released an official statement  and released a new support document which highlights the potential issue with some types of wood.

“It is not unusual for any speaker with a vibration-dampening silicone base to leave mild marks when placed on some wooden surfaces. The marks can be caused by oils diffusing between the silicone base and the table surface, and will often go away after several days when the speaker is removed from the wooden surface. If not, wiping the surface gently with a soft damp or dry cloth may remove the marks. If marks persist, clean the surface with the furniture manufacturer’s recommended cleaning process. If you’re concerned about this, we recommend placing your HomePod on a different surface.”

If you have this type of wooden furniture in your home then you many want to place something like a coaster under the Apple HomePod, or possibly place it on a different surface.