We have no idea why it’s called Yotel but they’re quite the experience to stay in. Inspired by first class airline accommodation, the Yotel franchise has been around for a couple of years now with outposts in London, Amsterdam, Tokyo, and a new one in New York that opened in June. The Yotel is becoming well known not so much for the breakfast buffet but its neo-futuristic design that even includes a robot luggage handler. 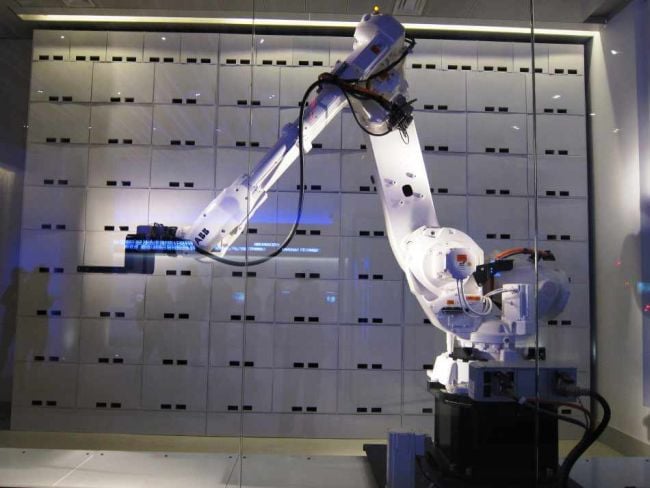 Since the hotel business is all about stimulating the guests, the Yotel does this and more with its Japanese-meets-NASA aesthetics and obvious lack of staff. That means concierge, receptionists, doormen, etc.

The Yotel’s biggest high tech draw, of course, is the large robotic arm that handles guest luggage. Another interesting Yotel feature is its space conscious smallness. While not cramped, the rooms are pretty basic. Imagine Bruce Willis’ apartment in The Fifth Element.

Yotel’s automated check in and check outs are also a new frontier in hospitality, though a Control Room is available for guest queries. Though billed as a up-market abode, the Yotel takes pains to be the most affordably priced in its class without compromising its technologic edge.

Oh, and Yotel? Turns out to be the latest addition to the YO! group of companies.