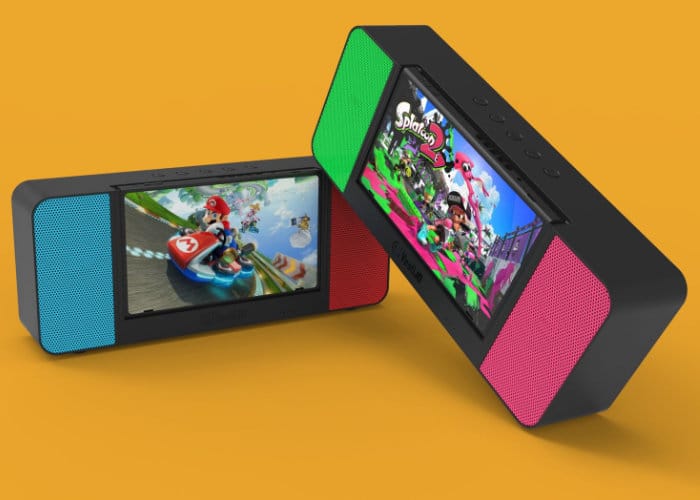 YesOJO creators of the Switch projector dock unveiled and launched last year have unveiled their latest creation in the form of the Nintendo Switch speaker dock which has been designed to be used with a Switch games console in tabletop mode.

As well as being equipped with speakers the YesOJO speaker dock also offers users a cooling system to help keep your Switch console at lower temperatures during those longer gaming sessions. The Switch speaker dock is expected to soon be launched as a crowdfunding Indiegogo campaign which will commence sometime early in 2019.

Unfortunately, no information on pricing or worldwide availability has been released as yet YesOJO for the Nintendo Switch speaker dock but as soon as information comes to light, we will keep you updated as always. Remind yourself about the company’s previously launched Nintendo Switch accessories took the form of the Switch portable projection dock, featured in the video below.