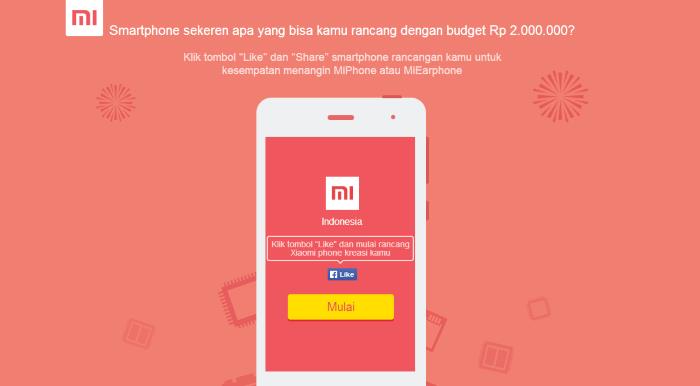 Xiaomi, also popular as the “Apple of China”, is slowly expanding to international markets — mostly targeting the emerging markets at first.

Not too long ago, the company officially launched in India and started selling the Xiaomi Mi3. Now, it seems the company will make its way to Indonesia soon enough.

The company launched their Indonesian website, hinting at its arrival in the region, which was later confirmed by Hugo Barra on social networks, saying that it’s officially coming to Indonesia soon.

The company didn’t reveal its plans or the handsets it’s planning to to sell in the region, but it’s definitely going to be something budget-friendly — as low as 2 million Indonesian or almost $170. That’s cheap I must say.

The company has followed a similar strategy in other regions as well, such as India where Xiaomi introduced its Mi3 smartphone for just Rs. 13,999 (almost $230) which is excellent when you consider the specifications of the device. We could expect something similar for Indonesia as well, maybe the Xiaomi Mi3, for a very pocket-friendly price tag.