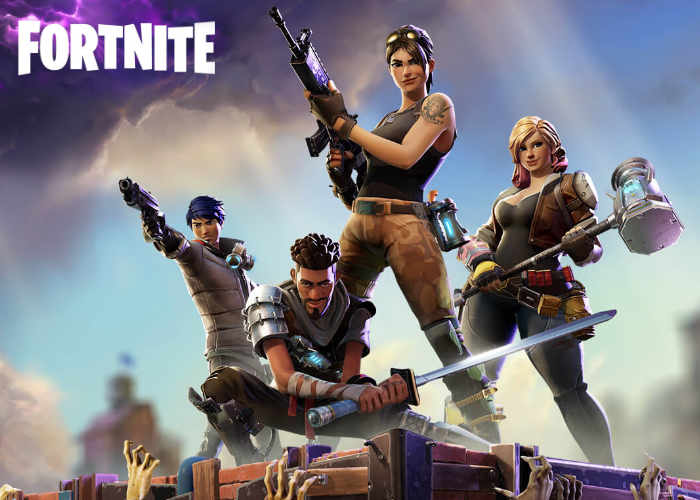 The team over at Digital Foundry this week put the latest tower defence game Fortnite upgrade through its paces comparing the Xbox One X 4K gameplay without from the PlayStation 4 Pro. The latest Xbox One X update to the popular Fortnite game is major and squashes a number of bugs as well as adding new content to both Battle Royale and Save the World.

New weapons in the latest update include smoke grenades to Battle Royale, which can be found in all types and containers but also dropped randomly as floor loot, providing an easy way to distract your enemy while you slip away when needed. Other features include for Battle Royale gameplay include :

– Per Playlist Loot.
– Duo Playlist: Medium Ammo stack increased from 10 to14.
– Squad Playlist: Medium Ammo stack increased from 10 to 18.
– These changes now apply to medium ammo stacks that are found outside of crates and ammo cans.
– The original Rocket Launcher has replaced the Pumpkin Launcher.
– Due to overwhelming popular demand, we have modified the normal Rocket Launcher to support rocket riding.
– The “Outlive” Daily Challenge will no longer count members of your own team.

Visually, this is a massive upgrade over PlayStation 4 Pro but what about performance? Well, that all seems to depend on which mode you’re playing… all the graphics comparisons and performance analysis you need here, with some intriguing results.

Also check out the first gameplay from the new PUBG desert map.