If you already have an Xbox Music Pass and are already enjoying using the Xbox Music app for iOS on your Apple devices you might be interested to known that Microsoft has this week released a new update for the application which now makes it possible for users to listen to music with a new offline playback feature. 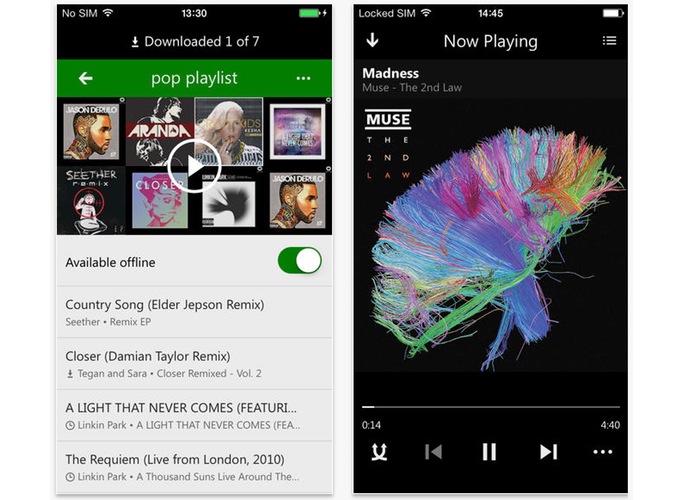 Microsoft launched a new Xbox Music application back in September of last year, but when it is compared to other competing services such as Spotify, Google All Access Music, Rdio and Deezer. Microsoft’s offering lacked the all-important offline playback feature.

“Xbox Music brings you all the music you love, every way you want it. Now you can access your Xbox Music Pass on your iPhone, Xbox, Windows 8 PC or tablet, and the web. Xbox Music Pass is the best way to enjoy your favourite music, and discover new songs, albums and artists right from your iPhone.

– Play ad-free music from a catalogue of tens of millions of songs
– Make your playlists available offline, and listen to your favourite music anywhere
– Add songs, albums and playlists to your Xbox Music collection and access them from your phone, Xbox 360, PC, tablet and the web
– Listen to radio stations based on your favourite artists.
– Enjoy a rich visual experience for searching, viewing and playing back music “

Jump over to the Apple iTunes App Store to download the latest version of the Microsoft Xbox Music app iOS too enjoy the new offline playback feature.