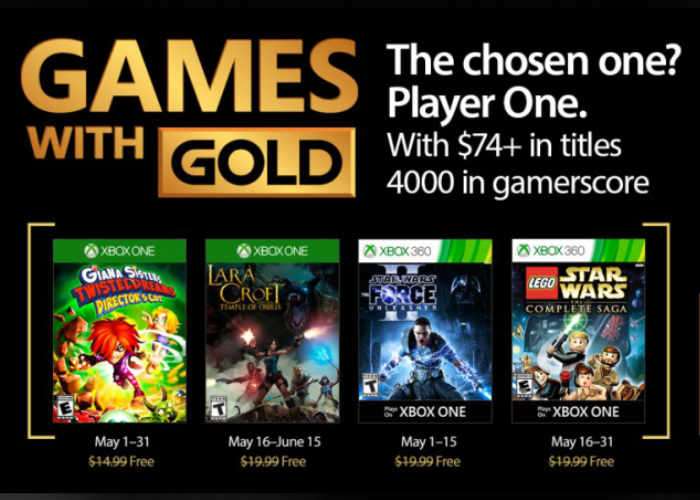 Xbox Live Gold members can once again look forward to new games arriving for free during May 2017 allowing them to enjoy titles such as Lara Croft and the Temple of Osiris and Giana Sisters: Twisted Dreams Director’s Cut on Xbox One.

Together with new titles for the Xbox 360 which are also available to play on the Xbox One thanks to Backwards Compatibility. Check out the video below to learn more about the four titles which will be made available by Microsoft on the Xbox platform for Xbox Live Gold members during May 2017.

On Xbox One, Xbox Live Gold members can download Giana Sisters: Twisted Dreams – Director’s Cut ($14.99 ERP) for free during the month of May. Lara Croft and the Temple of Osiris ($19.99 ERP) will be available as a free download from May 16th to June 15th.