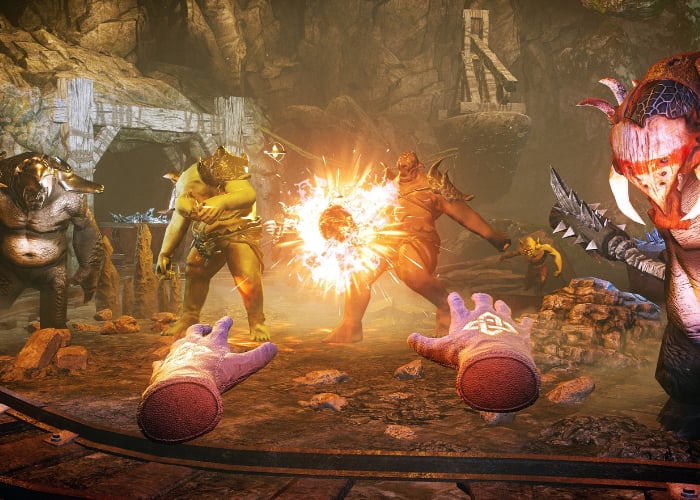 The excellent Wizards virtual reality game that allows you to create virtual reality magic in beautiful fantasy world has sold over 100,000 copies across all virtual reality platforms Carbon Studio its developers have revealed this week. With very positive reviews on Steam The Wizards originally launched back in March 2018 and enables you to use motion controllers to destroy your enemies by weaving magic into lightning, fireballs and other elemental spells on PSVR, Oculus, Vive and more.

Features of The Wizards VR game include :

Developers Carbon Studio are currently hard at work creating the next DLC for the game “Dark Times” which will be available later this year. “Travel in time to a completely new era, face new enemies and allies, and brandish your spells against fresh challenges in this standalone expansion to The Wizards.”

Another milestone reached – @TheWizardsGame has sold 100.000 copies across all platforms!