An historic computer weighing 2 tonnes and  built in the 1950’s called “The Witch”, has this month been rebooted after a three year restoration program to bring it back to life.

The Witch computer is now on display at The National Museum of Computing in Buckinghamshire, UK, but was originally designed an used  at the UK’s Atomic Energy Research Establishment at Harwell in Oxfordshire. 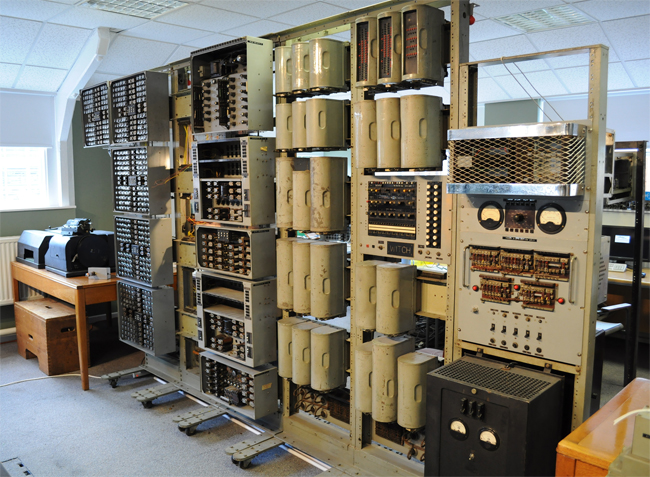 The BBC website explains: “The machine first ran in 1951 and was known as the Harwell Dekatron – so named for the valves it used as a memory store. Although slow – the machine took up to 10 seconds to multiply two numbers – it proved very reliable and often cranked up 80 hours of running time in a week.”

The restoration effort was led by conservationist Delwyn Holroyd who said it was “pretty dirty” when the machine first arrived at Bletchley. Remarkably, he said, it had not suffered too much physical damage and the restoration team has been at pains to replace as little as possible. The vast majority of the parts on the machine, including its 480 relays and 828 Dekatron tubes, are entirely original, he said.