Seeing the Hyper Touch really makes us proud. Since electric guitars haven’t changed much design-wise for the better part of half a century, this concept from Max Battaglia couldn’t have come sooner. The guitar world needs to be shaken and the Hyper Touch will do this—if it ever enters production. 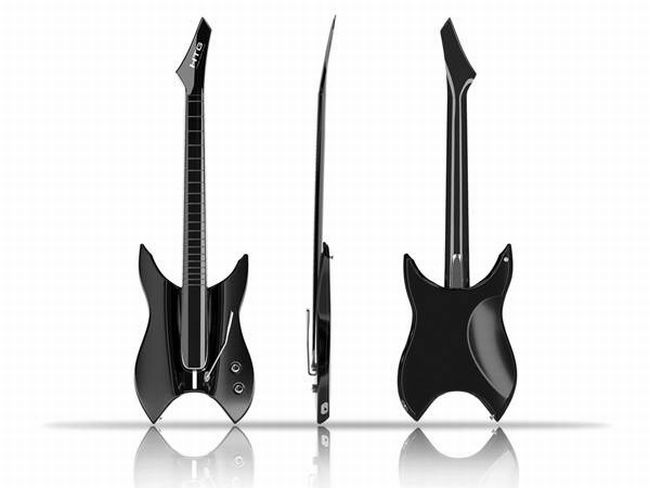 More than its sleek exterior, the magic of the Hyper Touch is its wireless/stringless neck and fretboard. Instead of the usual steel strings, the Hyper Touch has a multi touch screen that has a whole bunch of modular features. This means the player can adjust the guitar according to his/her own specifications.

According to Yanko Design, the Hyper Touch stands apart from the rest by virtue of its innovative spin on the age old six string:

From the mind of Max Battaglia at Givingshape Design Studio, this unorthodox design replaces strings with a multi-touch screen, allowing the user to adjust the number of “strings” and frets, as well as tuning and sound effects. A wireless command center that permits endless customization and infinite possibilities of expression.