On Monday there was a rumor that Samsung would be releasing a new Windows Phone 7 smartphone, and that it would be based on the popular Samsung Galaxy S II Android device.

Now Microsoft’s Steve Guggenheimer has confirmed the Samsung Galaxy S II Windows Phone 7 device’s existence, and has also said that it has had a few minor adjustments, and the device will be ‘thin’ and ‘light’ 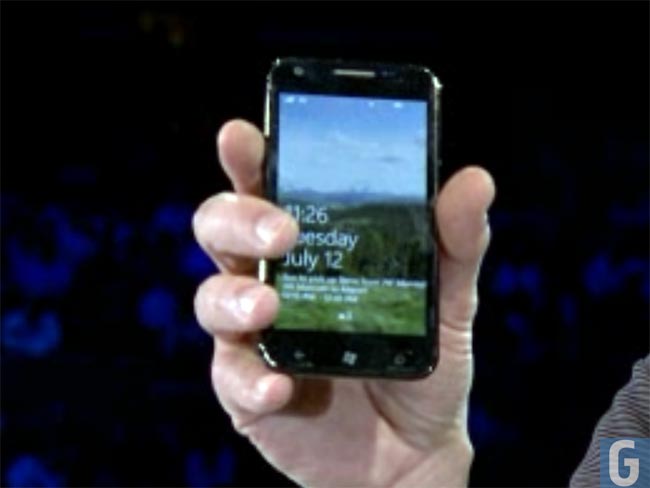 We don’t actually have any specifications as yet, but it will probably share very similar specifications to the Samsung Galaxy S II, and as you can see from the photo above the home button has been replaced by Windows Phone 7 buttons.

We have no details on what this device will be called, and when it will go on sale as soon as we get some more information we will let you guys know. If you want to know what we thought of the Samsung Galaxy S II have a look at our Samsung Galaxy S2 Review.