Anyone who wondered what Microsoft’s new Windows 8 operating system would look like on the original touchscreen Surface devices released by Microsoft long before their tablet devices where announced, will be interested in the video after the break.

Microsoft’s original surface touchscreen devices was a massive 40 inch display running a bespoke version of Windows 7. Now YouTube user “slymick” has loaded Windows 8 on to an old style Surface and created a quick demonstration video showing it in action, check it out after the break. 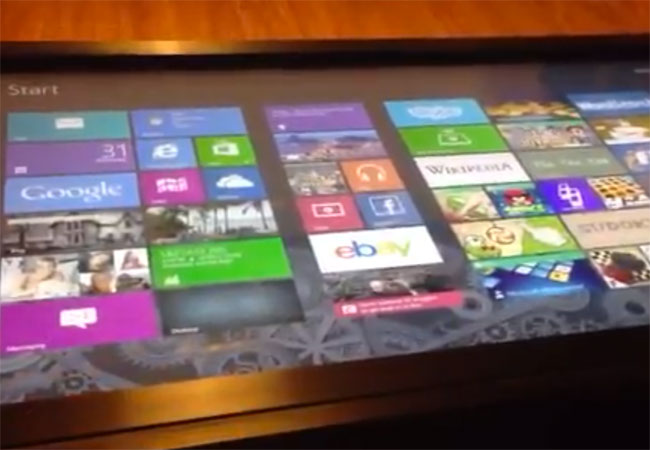