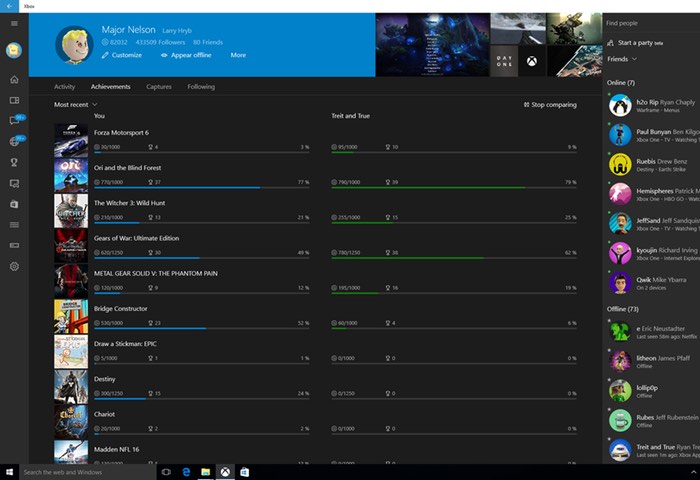 Microsoft has this week, as promised, released a new update for its Windows 10 Xbox App providing gamers with it a number of new features, tweaks and enhancements.

Microsoft explains a little more about the features within the Xbox App on Windows 10 September Update that has rolled out today.

• Real-time Friends list presence. Your Friends list will automatically refresh with your friends’ on/offline status and the apps and games in which they’re currently engaged – including whether the game they’re playing can be joined via multiplayer or party.

• Real-time Activity Feed updates. No need to hit refresh to see new Activity Feed items; keep the Xbox app open and your Activity Feed will let you know when there are new items to view, comment on, like, or re-share.

• Game progress comparison. Feeling competitive? Discover how you stack up against your friends on specific game progress by visiting the Achievements section of your profile and selecting ‘Compare.’ You’ll enjoy a side-by-side comparison of your selected friends’ progress on games you’ve recently played, including game completion percentage, Gamerscore and Achievements earned.