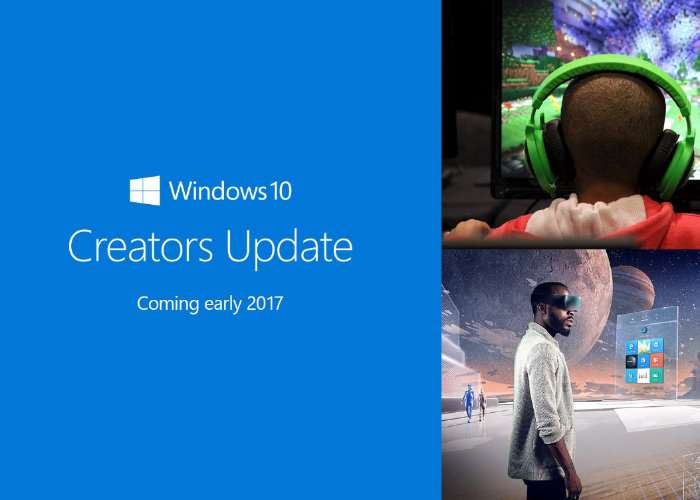 If you haven’t as yet tried out the new Windows 10 Creators Update you will be pleased to know that Microsoft has now started rolling it out to all Windows 10 users offering them a wealth of new features, enhancements and tweaks to enjoy.

For an overview of the new gaming features within the latest Windows 10 Creators Update check out the video below during which Major Nelson explains more about what you can expect in an features walk-through including Built-in Beam game streaming and Game Mode.

Built-in Beam game streaming: We’re committed to making great gaming experiences that unify players across devices, and with the release of Beam on Windows 10 today following its console release last month, we’re doing just that. Beam is the easiest and most interactive way to stream your gameplay on Windows 10. Simply press the Windows key + G while playing your game to bring up the Game bar, and you’ll find we’ve added a broadcast icon to launch Beam – no extra software required.

This gives everyone the opportunity to show their creativity as a game broadcaster. And it gets better. Thanks to Beam’s low latency technology, Beam streams have less than a second of delay, enabling streamers to engage and interact with their viewers in near real-time. What’s more, Beam enables streamers to incorporate interactive features such as animation and sound triggers right into their stream. The ability to manage your Beam broadcast and interact with fellow gamers on chat will appear as overlays.

Game Mode: With Game Mode, it’s our goal to provide a better and more consistent gaming experience on Windows 10, by dedicating more system resources to your game. The initial release of Game Mode works best when your PC is experiencing resource contention. In other words, when your PC is working hard to run your game and possibly other concurrent software, Game Mode can help manage system resources more efficiently and optimize them for gaming.

What’s more, Game Mode works for both Win32 and UWP games. To enable Game Mode, pull up the Game bar (Windows key + G) and click on the Settings button. There you’ll be able to opt the running game into using Game Mode. And the Creators Update is just the first milestone in our commitment to Game Mode and Windows 10 performance improvements for PC gaming.