Expanding on last year release of an iOS and Android smartphone application, the Wimbledon All England Lawn Tennis Club has now released a new Wimbledon iPad  app designed to help you keep up to date with the scores and games in the Wimbledon 2013 Championships.

The Wimbledon Championships run from 24th June to 7th July 2013 and the new Wimbledon iPad app will allow you to view live action during the fortnight of games and is free to download from the iTunes App Store now. 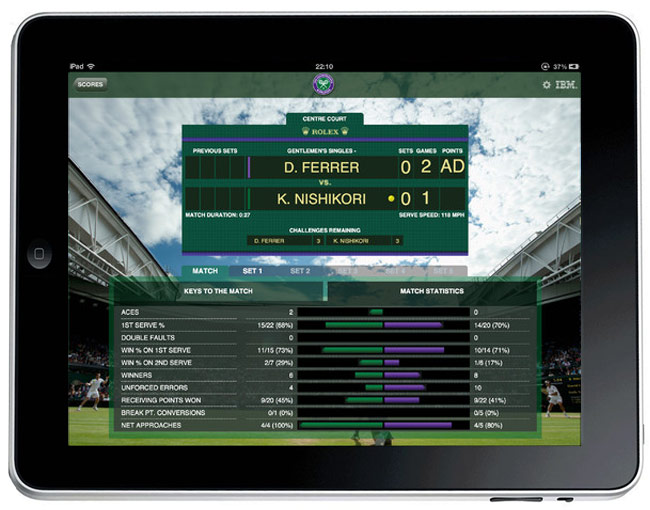 Key features of the Wimbledon iPad App include: