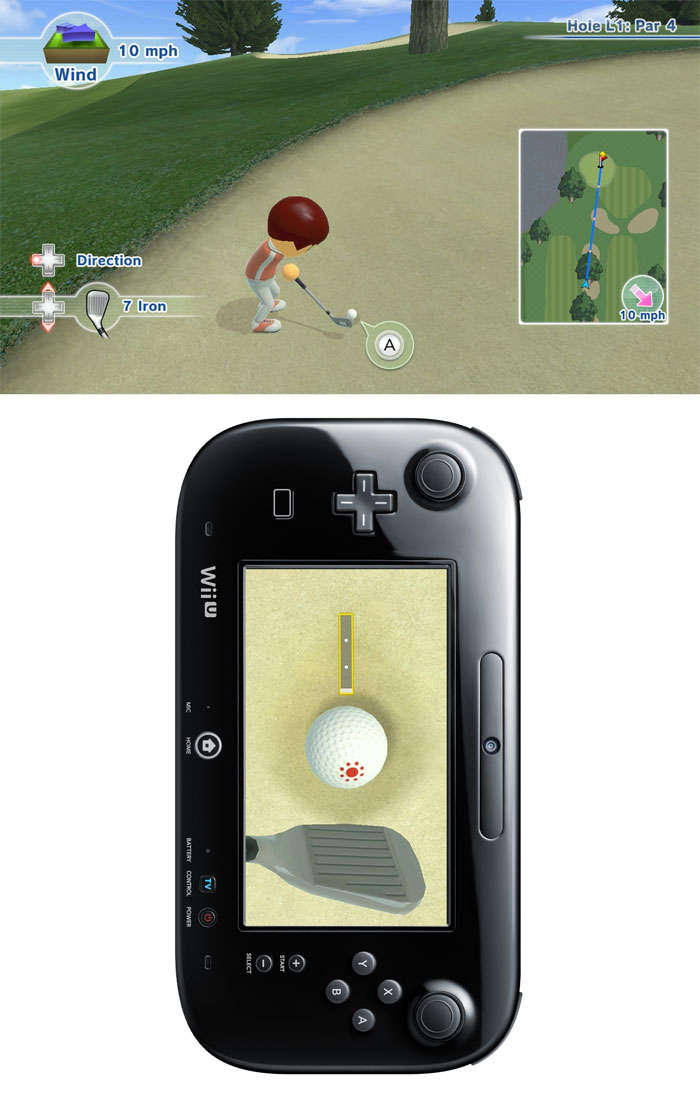 On the Wii U, the player places the GamePad with its LCD screen on the ground. You then use the Remote Plus controller as the club to swing at the ball on the ground. When you make contact with the ball, it flies from the GamePad to the screen of your TV to finish the shot.

The game promises an online multiplayer mode as well. The console has to be connected to broadband to play against people online. The golf game is available at no cost for the first 24 hours. After that day pass is over, additional day passes can be purchased for $1.99. To buy the game outright will cost $9.99. Each of the Wii Sports Club games cost $9.99.