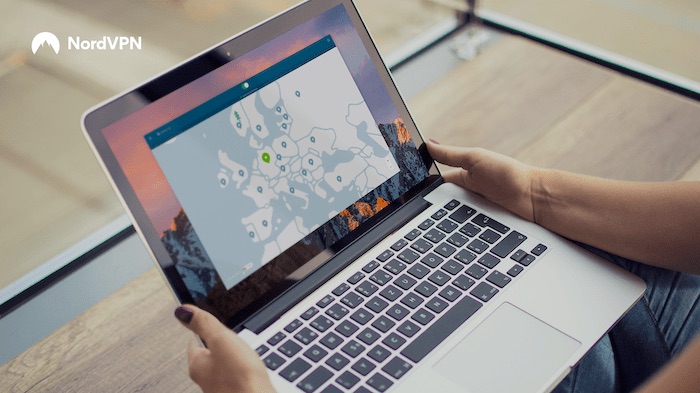 NordVPN, a leading VPN service provider, was developed by Tefincom & Co in 2012. Since then, it grew massively, now boasting over 5000 servers in 59 countries and more than 12 million users. Even at a glance, NordVPN looks like a solid choice, but we’ll go over the features in more detail later.

First, we need to talk about VPNs in general and why you most likely need one. It’s not just for making your Netflix load faster while you binge Stranger Things (although it’s a great bonus). There are other, much more unsettling situations you need to consider.

You need a VPN:

A VPN is especially helpful in this situation since it reroutes your traffic and therefore allows you to bypass any restrictions your ISP might put in place.

Incessant government surveillance, on the other hand, is a much bigger problem. Imagine your every move online being monitored. Or not being able to contact your friends and family altogether, because every messaging app, email service, and social network you use is blocked. A VPN will not only help solve these problems. If you use the additional privacy features it offers, you will be able to hide the fact that you’re connected to a VPN in the first place.

Because it covers all the bases. Be it government surveillance, censorship, or geo-blocking – with NordVPN, you have nothing to worry about. Considering the numerous features it offers, the price (which is on the lover side to begin with) is very reasonable. What you get in return is ultimate safety and privacy, an incredibly large network of servers, and speeds that are hard to beat.

NordVPN uses Advanced Encryption Standard (AES) with 256-bit keys to encrypt their users’ connections. Since this protocol is currently used by governments and intelligence agencies like NSA, it’s often dubbed “Military-grade encryption.” AES is generally considered to be the most secure encryption algorithm there is.

Users can choose between several security protocols: OpenVPN, IKEv2/IPsec, and NordLynx (more on that last one later on.) NordVPN runs on 24 platforms, and in case you’re not sure how to set up a VPN on your Blackberry, there’s a tutorial for that.

If you’re especially concerned about your privacy, there are two things you should know about NordVPN: they are based in Panama and they don’t keep any logs. The latter is possible only because of the former. Since Panama doesn’t need to obey any EU or US data retention laws, NordVPN can stick to its no-logs policy. And they even had PWC audit them last year to prove it.

NordVPN has a few special features that are particularly useful to people who need to keep their identity secret at all times.

NordVPN has lots of them. 5145 servers in 59 countries mean that NordVPN covers even the most remote locations, like Taiwan, Costa Rica, or Iceland. If you click “Quick connect,” the app will choose the best server for you automatically, or you can scroll down the servers’ list and pick one yourself.

A word about their speeds. Thousands of servers mean faster connections, but only if the provider keeps up with the demand and updates their software accordingly. Lucky for its users, NordVPN is constantly expanding the network – they have added more than a thousand new servers in the last year. Because of this, NordVPN is always listed among the fastest VPN providers worldwide.

The recent addition of NordLynx, which is based on the WireGuard tunneling protocol, is another thing altogether. When combined with NordVPN’s custom double NAT system, it allows Linux users to enjoy mind-blowing speeds. It’s only been a couple of months, so we’re still waiting to hear about its implementation into other OS. But if NordVPN manages to add NordLynx to all their apps, it might cause some major waves in the industry.

Thousands of servers, stable speeds, 24/7 customer support, and subscription plans starting from $3.49/month. Get NordVPN Cyber deal here. Their apps are easy-to-use in case you plan to install one for your parents – and you cam since NordVPN allows users to connect 6 devices to one account.

These features are great, but it’s not what sets NordVPN apart from its competitors. The transparency this company offers is rare in the industry. The trust created between NordVPN and its users is what makes it stand out among other VPN services. They are serious about cybersecurity and have proved it numerous times. That’s why we can recommend this VPN and be sure that it will not fail you.