It looks like AT&T will be getting the white version of the Samsung produced Google Nexus S, as some photos with AT&T as the carrier briefly appeared on Samsungs website.

The photos and listing for the AT&T White Nexus S have now been removed from the Samsung website, but not before the guys over at Pocket Now managed to get a screenshot of it, which you can see below. 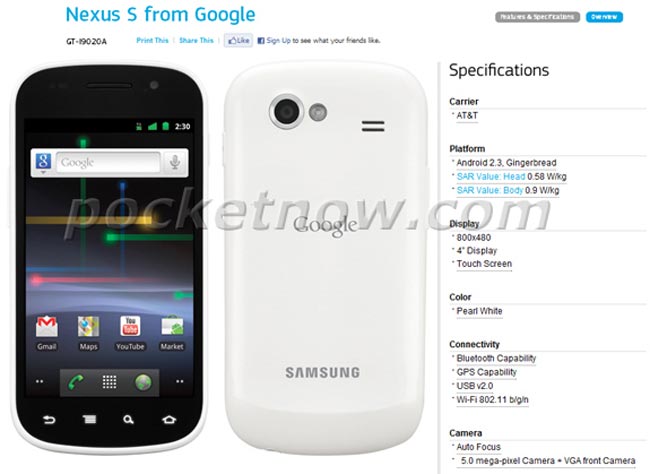 There are no details as yet on when the white Google Nexus S will be available with AT&T and also no details on pricing as soon as we get some more information we will let you guys know.