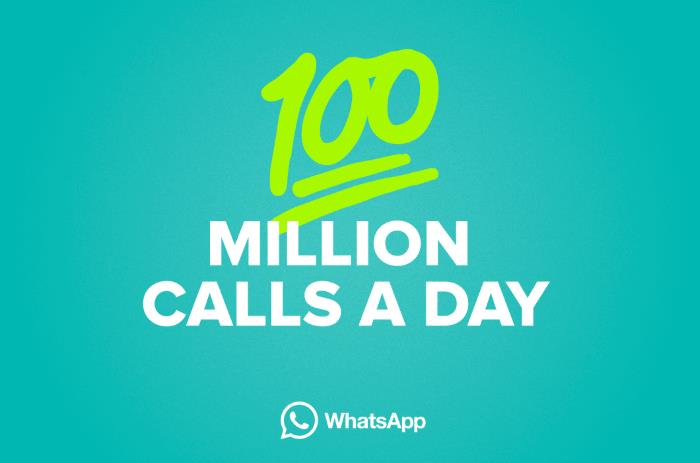 WhatsApp is one of the most popular instant messaging apps available at the moment with dedicated apps for every mobile platform and even Windows and Mac as well.

Recently, WhatsApp revealed that users are making 100 millions calls using the apps voice calling feature every day to get in touch with their friends and family. This means that 1100 calls are being made every second which is amazing.

For more than a year, people have used WhatsApp Calling to talk with friends and family around the world. It’s a great way to stay in touch, especially when connecting with people in other countries, or when messages alone won’t do. Today, more than 100 million voice calls are made every day on WhatsApp – that’s over 1,100 calls a second! We’re humbled that so many people have found this feature useful, and we’re committed to making it even better in the months to come.

This is a great news for the company which introduced voice calling for its apps, as well as several other handy features, including the ability to use the app in a web browser without the need to look at the smartphone every time you get a message. The company also surpassed the one billion user milestone earlier this year in February.