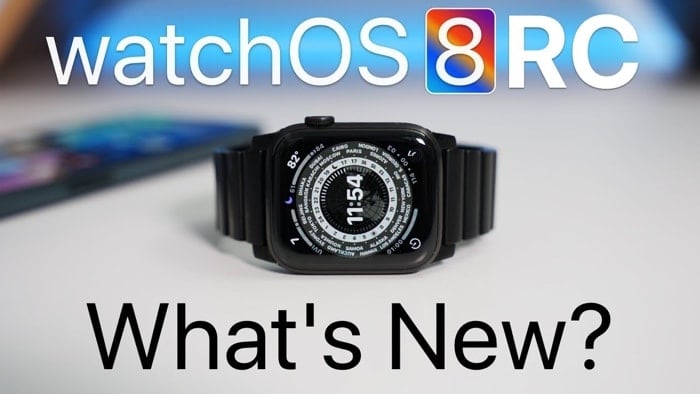 Apple recently released watchOS 8 RC to developers, this is the final beta or Release Candidate version of watchOS 8.

The new watchOS 8 will bring a range of new features to the Apple Watch, this will include major updates for existing apps like Music and Weather. You will be able to use your Apple Watch to share music to your friends and more.

Apple are also adding a new feature their Wallet app, you will be able to use your Apple Watch and iPhone to unlock smart locks at your home or office.

A new Apple Watch was announced at Apple’s press event this week, the Apple Watch Series 7 and the device appears to be a minor upgrade over the Series 6. It gets a larger display and that is about it.

Apple has confirmed that watchOS 8, iOS 15, iPadOS 15 and tvOS 15 will be released next week, the software is coming next Monday the 20th of September.