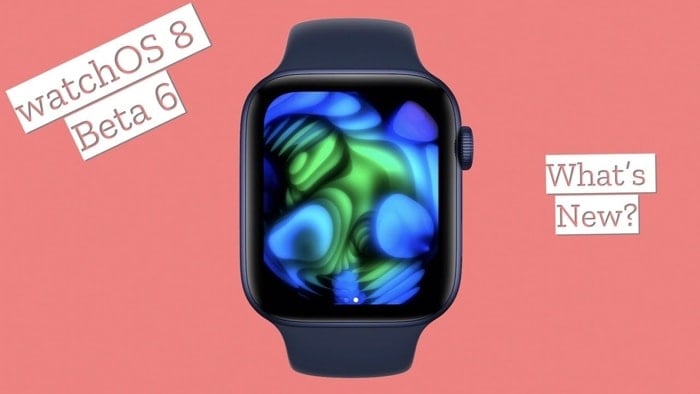 Apple recently released watchOS 8 beta 6 to developers and now we get to have a look at the software in a new video.

The video below from Half Man Half Tech gives us a look at the new watchOS 8 beta 6 software and the various changes that have been made over the previous beta.

As we can see from the video there are a number of new features and changes in the latest beta of Apple’s watchOS 8.

One of the new features will include the ability to use your driving liscense and state IDs with Apple Wallet, this feature is coming to the iPhone with iOS 15 and it will also be available with the Apple Watch.

Apple are expected to release their watchOS 8 software in September at the same time as iOS 15. We will also be seeing some new devices in September, this includes the new Apple Watch Series 7 and the iPhone 13.

Rumors have suggested that the new iPhone 13 will be available in the third week of September, we should expect the new Apple Watch to be available at the same time.