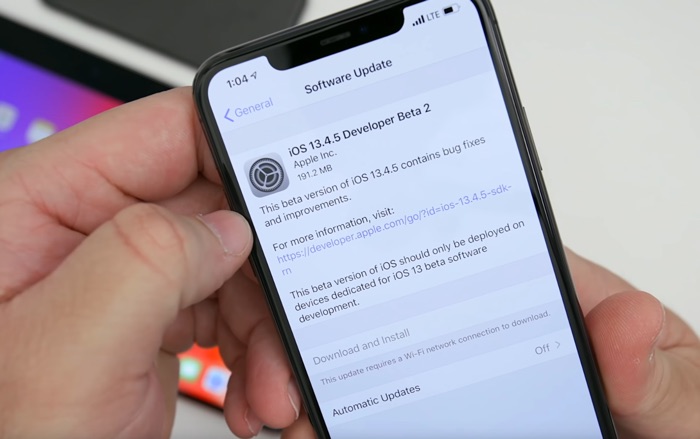 We just saw a speed test video of the new iOS 13.4.5 beta 2 and now we get to find out what is new in this latest beta.

The iOS 13.4.5 beta 2 is only available to developers at the moment, it is expected to be released to public beta testers some time soon.

As we can see from the video there are a number of bug fixes and performance improvements on the latest beta of iOS 13.4.5.

The latest beta also comes with a couple of new features, there could be a few more features by the time the final version of the software is released. We are expecting the iOS 13.4.5 software update to land some time in May, as soon as we get some details on its exact released date, we will let you guys know.