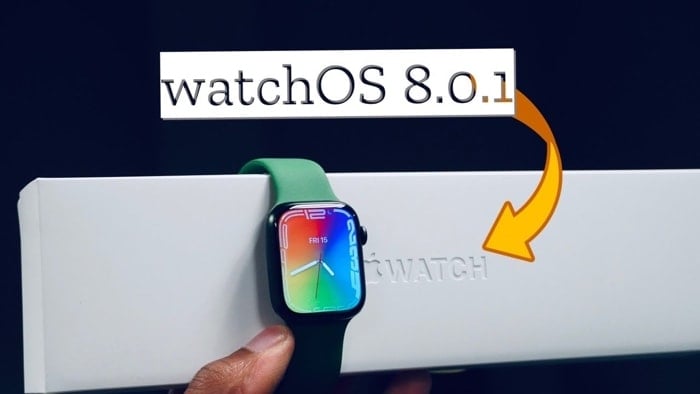 Now we get to find out what is new in the watchOS 8.0.1 software update in a new video from Half Man Half Tech, lets find out more details about the update.

As we can see from the video this update mainly included some bug fixes and performance improvements, you can see the release notes from Apple below.

This update includes improvements and bug fixes for your Apple Watch.

Apple is currently working on iOS 8.1 which is in beta at the moment, we are expecting this software to be released some time around the end of October along with the iOS 15.1 and iPadOS 15.1 software updates. We should get a new beta of this software some time this week.

This update will also bring a range of performance improvements to the Apple Watch and bug fixes, it is not expected to add in any major new features.

As soon as we get some information on when the watchOS 8.1 update, the iOS 15.1 update and the iPadOS 15.1 update is going to be released, we will let you know.