Thankfully it’s just a concept. Short of riding a block of ice on two wheels, the Moto Undone is a bizarre take on camouflage ingenuity. It’s a 1,000w electric motorcycle whose body is covered in shiny chrome. The effect is, from a distance, the rider looks like he/she is floating in mid air. An awesome sight until an accident happens. Doesn’t seem to bother the guy in the picture though. 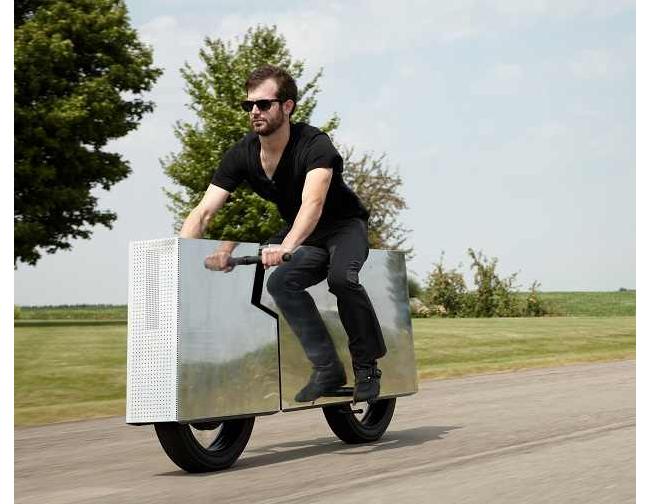 Notice how the boxy seat looks ergonomically uncomfortable? Hopefully you don’t get off this bike with bruises between your legs. A cross country machine this is certainly not. Still, it looks like heaps of eye-catching fun.

The scary part is the motorcycle’s instrumentation is blocked by the chrome housing, so to compensate, the data is [probably bluetoothed] transmitted to your smartphone. It’s unclear if there’s a smartphone dock between the handlebars of the Moto Undone so the rider can check his stats.

Since it’s a concept, the Moto Undone won’t be disturbing a stretch of highway enar you for some time to come.