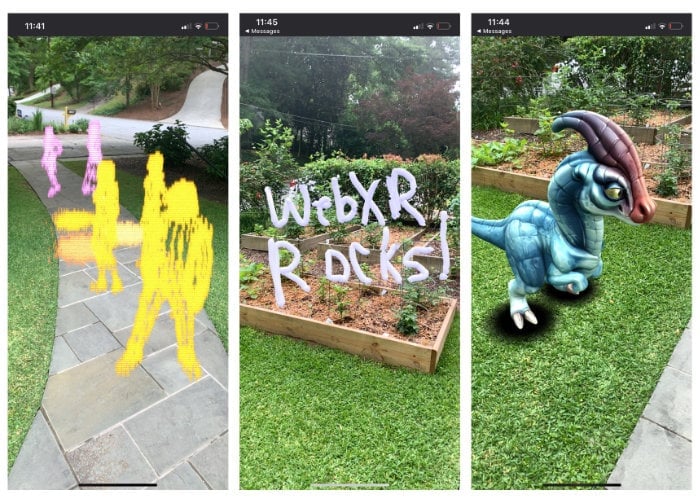 Mozilla as released a new version of its WebXR Viewer rolling out a 2.0 update. Mozilla’s WebXR Viewer is an augmented reality (AR) viewer that lets you create and run AR experiences built with web technologies and ARKit. It has been created as an experimental product, targeted at developers wanting to develop and test web-based AR applications on iOS, and is not an officially supported Mozilla application. The WebXR viewer implements a collection of accepted and proposed WebXR AR API features, and also supports some of the non-standard features we developed for an early version of the WebXR API.

“We are happy to announce that version 2.0 of WebXR Viewer, released today, is the first web browser on iOS to implement the new WebXR Device API, enabling high-performance AR experiences on the web that don’t share pictures of your private spaces with third party Javascript libraries and websites.

It’s been almost a year since the previous release (version 1.17) of our experimental WebXR platform for iOS, and over the past year we’ve been working on two major changes to the app: we updated the Javascript API to implement the official WebXR Device API specification, and we ported our ARKit-based WebXR implementation from our minimal single-page web browser to the full-featured Firefox for iOS code-base.”

For more information on the latest release of version 2.0 of WebXR Viewer, jump over to the official Mixed Reality Blog where Blair MacIntyre explains more about its capabilities features and design. Blair is a Principal Research Scientist in the Mixed Reality team at Mozilla, and has been doing AR/MR/VR research, design and education since 1991.