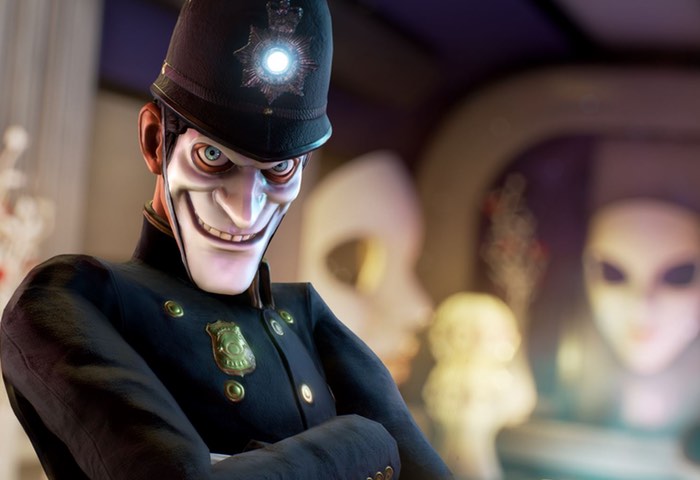 Compulsion Games have today made available a Game Preview of their highly anticipated game, We Happy Few, which is now available to try for free ahead of its official launch sometime later this year.

The We Happy Few preview is available for Xbox One and via Steam Early Access and GOG.com Games in Development, for those that would like to try it on PC and has been built using the Unreal Engine 4 games engine.

The game is currently still in development and is expected to be in early access for the next 6 to 12 months. Check out the video below to learn more about its gameplay and storyline.

We Happy Few is the tale of a plucky bunch of moderately terrible people trying to escape from a lifetime of cheerful denial in the city of Wellington Wells. Set in a drug-fuelled, retrofuturistic city in an alternative 1960s England, you’ll have to blend in with its other inhabitants, who don’t take kindly to people who don’t abide by their not-so-normal rules.

Set in a retrofuturistic 1960s, you will find a city ravaged by war and rebuilt by delusionally happy people. Everything appears to be happy in Wellington Wells, including the roads, the people, and its omnipresent television personality, Uncle Jack! However, it’s a beautiful world on the brink of collapse. You will discover the history of this world, and how it came to be just so beguilingly happy.

We Happy Few is about surviving in and escaping from a procedurally generated world, where you must learn to hide in plain sight. If you act out of turn, or you’re not on Joy (the local happy pills), the locals will become suspicious and will rapidly turn your frown upside down! Forcefully. You will need to practice conformity, stealth and combat if you want to survive long enough to escape.

We Happy Few’s characters are not typical video game heroes. They are flawed and not particularly heroic, warped by the trauma their world has been through. Each character has their own storyline that reacts to the events of the world around them, and their place within it. Our stories are definitely not appropriate for children, but are laced with dark humour, hope, and even a spot of redemption.