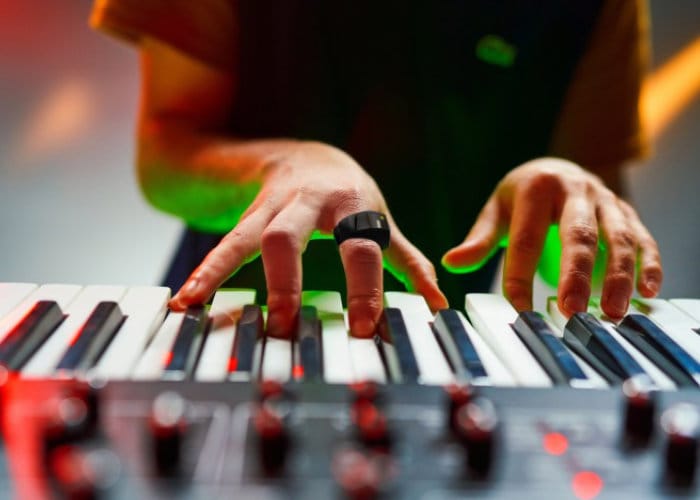 Wave is a new smart wearable MIDI controller in the form of a ring, which allows the wearer to control sounds, effects and send commands using gestures and hand motions. Created by Genki Instruments based in Iceland, the new smart wearable MIDI controller has been designed to add a “new creative layer” on top of your musical instruments. Watch the demonstration video below to learn more about the Wave ring which has this month taken to the Indiegogo crowdfunding website and already raised its required pledge goal of $30,000 thanks to over 230 backers.

Wave connects to your computer, tablet or smart device using Bluetooth LE connectivity and support all major music software and applications straight from out-of-the-box say its developers. Using Wavefront, the companies Eurorack module, users can add Wave to their modular setup and explore new ways to play synthesisers and create unique sounds. “Working in close collaboration with musicians, Wave has been in development for the past three years. The version we currently have has the main functionality working great and tested by hundreds of musicians. Last November Wave was used on stage for the first time at the Iceland Airwaves music festival.”

For more information on the unique wearable MIDI controller jump over to the official Indiegogo crowdfunding campaign where Wave is available to back with early bird pledges available from $129. Offering a 35 percent saving of the recommended retail price of $200, which will take effect once the crowdfunding campaign comes to an end. If all goes well with production you can expect to receive your Wave MIDI controller ring during December 2018. For more information on a full list of all available pledges jump over to Indiegogo by clicking the link below.