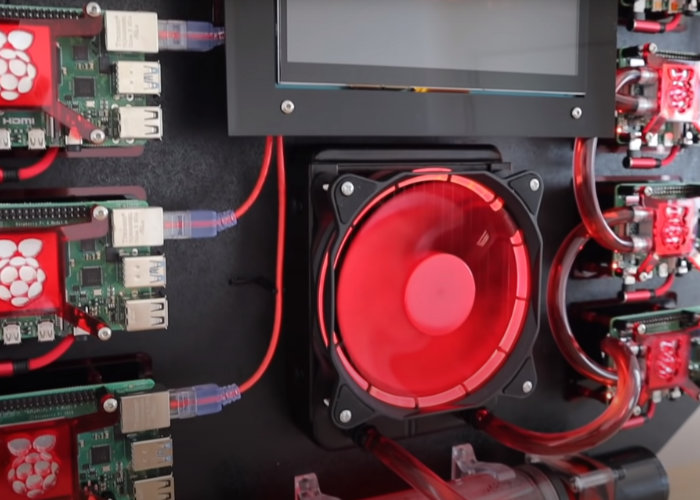 “I recently built this water-cooled Raspberry Pi cluster and now it’s time to put it to the test. I ran it against a Windows PC, a MacBook Air and a single Raspberry Pi to see how it compares. On each platform, we searched for all of the primes numbers up to a certain limit and compared the times it took to reach the target limit. You’ll be surprised by the results! People have also asked to compare the cluster to one of AMD’s Ryzen CPUs, so if any of you have one then please download the script below and try running it on your computer. I’d also be interested in seeing how a Pi 400 compares.” 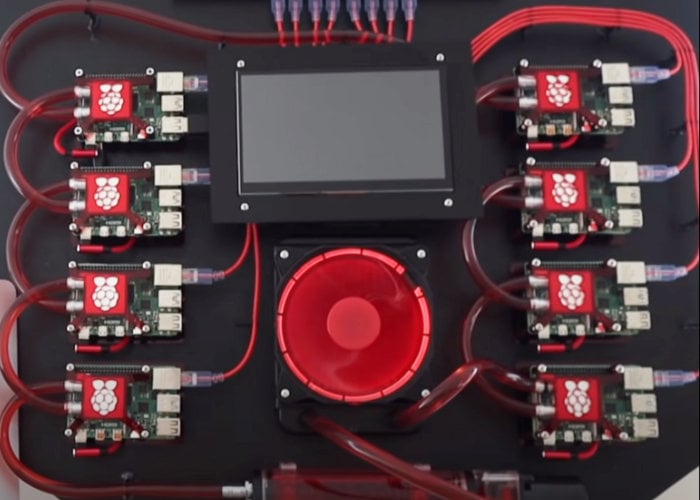