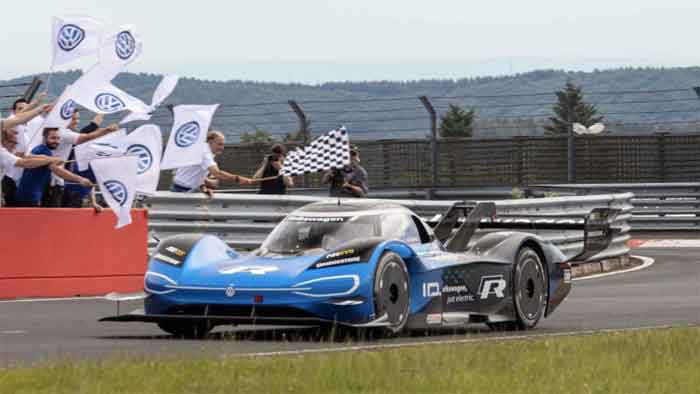 VW took its very cool electric race car to Pikes Peak last year and walked away with the EV record for racing up the mountain. VW has now taken the ID.R racer to the famous Green Hell of the Nurburgring and destroyed another EV record.

Romain Dumas drove the car at the Nurburgring Nordschleife, and he set a record of 6:05.336. The ID.R had an average speed of a bit more than 128 mph. VW crushed the second place EV around the Nurburgring, the Nio EP9, which was 40-seconds slower.

That said, the EP9 is a road car, and the ID.R is a pure racing machine. Another impressive factoid about the ID.R’s run is that it is now officially the second fastest car to ever lap the ‘Ring. The only car faster was the Porsche 919 Hybrid Evo LMP1 racing car that did the deed in 5:19.55.