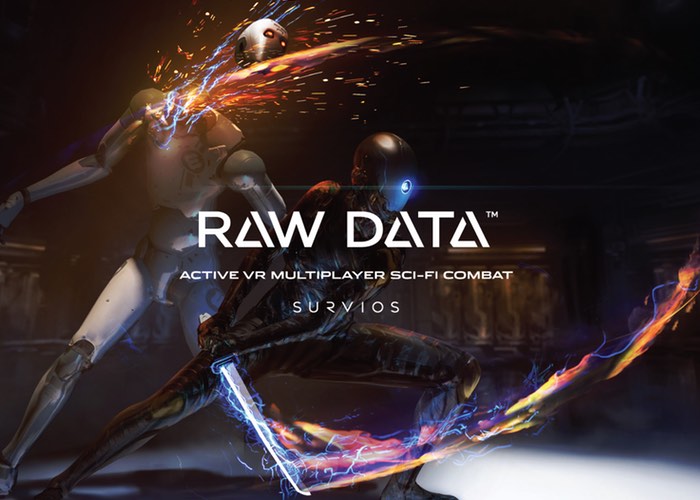 Early gameplay footage has this week been released for the upcoming virtual reality game Raw Data, which is still currently under development but will be available via Steam Early Access from July 14th onwards.

As you will see in the 5 minute gameplay trailer below the HTC Vive powered hack and slash game, allows you to take on the role of a robot defending a control centre against an onslaught of enemies, providing you with the ability to dual wield, enjoy swordplay and slow motion skills.

The developers of Raw Data Survios explain a little more about what you can expect from the virtual reality game :

As the newest initiate to Rikugun’s elite ranks, your hacking skills are among the best. You’ve been tasked with bringing down Eden Corp, a massive manufacturer involved in some seriously shady business practices. Standing between you and a geopbyte of Eden Corp’s valuable raw data: waves of single-minded battle androids permanently set to annihilate.Your talents will get you in and give you access to Eden Corp’s entire catalog of cutting-edge weapons and defense systems. Start the download--and survive.

For more information on the new Raw Data jump over to the official website, before its launch via Steam Early Access on July 14th. After which it will be available to purchase and try out in its early development stages. No news has been announced as yet whether Raw Data will also be available on the Oculus Rift but we will keep you updated as always.