Volkswagen has leaked a few images of its new E-Bugster all-electric concept car that will be making its debut at this week’s North American International Auto show in Detroit.

The E-Bugster has similar lines to the popular VW Beetle car and can manage around 100 miles per charge, and uses the same components as the Golf Blue-e-motion, on sale in 2013, but in a different configuration. 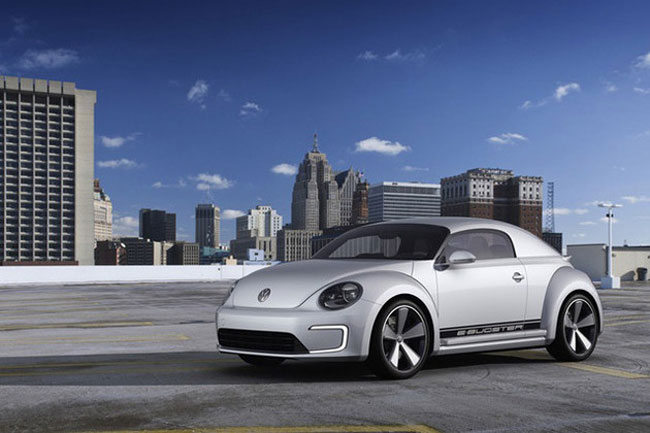 The E-Bugster houses its 80kg of batteries underneath its bonnet rather then under the floor pan, like other electric motors, which power its 116bhp engine. Once flat the batteries take around 35 minutes to fully charge ready to complete another 100 miles before needing another.

Due to the E-Bugster being just a concept its now been revealed whether VW plans to take the E-Bugster into production in the near future. But with lines like these it would be a shame not to.