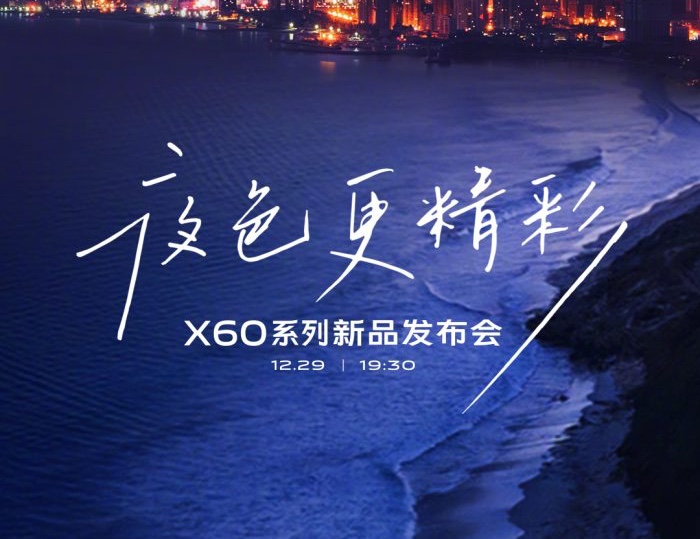 Vivo will be launching a new smartphone on the 29th of December, the Vivo X60 and the handset will be made official in China.

Previous rumors have suggested that there will be a couple of versions of the handset, the X60 and the X60 Pro+.

The Vivo X60 is rumored to come with an Exynos 1080 processor and the X60 Pro+ will apparently feature a Qualcomm Snapdragon 888 processor.

The handset will come with a high end AMOLED display with curved sides and a 120Hz refresh rate, it will also feature a punch hole front camera.

The rear cameras on the device will feature Zeiss optics and we should have more information on the exact cameras closer to launch.