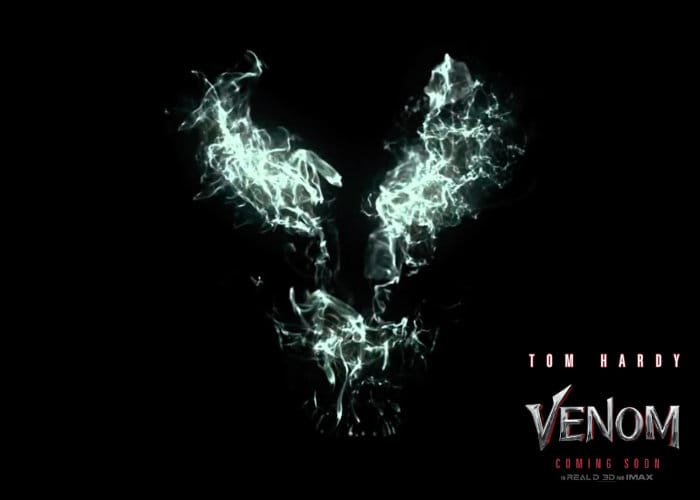 A new teaser trailer has been released by Sony Pictures this week teasing the upcoming new Marvel movie, Venom. Venom stars Tom Hardy, Michelle Williams and Riz Ahmed and will be premiering in theatre screens worldwide later this year from October 5th, 2018 onwards. Venom is a spin-off from the Spider-Man film franchise character Eddie Brock, a notable antagonist of Spider-Man. The 2018 Venom movie has been directed by Ruben Fleischer, from a screenplay by Scott Rosenberg, Jeff Pinkner and Kelly Marcel, check out the latest teaser trailer below to whet your appetite for the storyline and characters.

Eddie Brock or Venom, played by Tom Hardy is a disgraced journalist who unwittingly becomes the host of an alien symbiote that provides him with incredible super powers, some of which you see demonstrated in the teaser trailer below. Transforming him into the popular super-villain Venom, who in more recent years has become an antihero.

The new Venom movie draws inspiration from the mini series Venom: Lethal Protector which premiered back in 1993 and the 1995 Spider-Man story arc Planet of the Symbiotes. As soon as more trailers are released to whet your appetite ahead of the movies release later this year during October 2018, we will keep you up to speed as always.