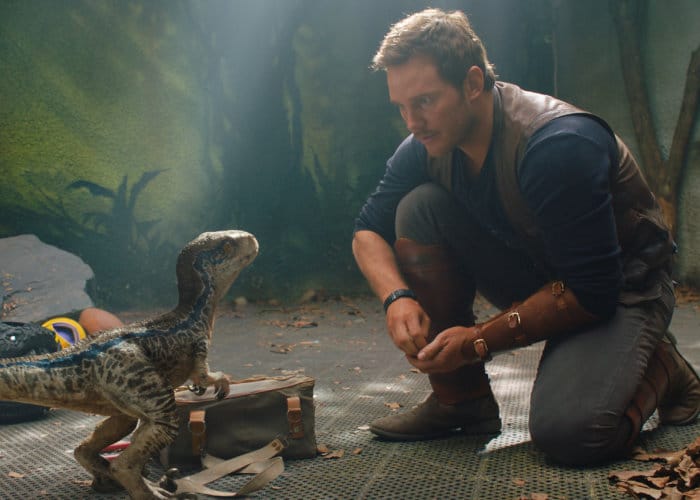 Thanks to this week’s Super Bowl 2018 weekend lots of new trailers have been released together with TV spots revealing what you can expect from the movies premiering over the next few months. Adding to the list that already unveiled, Skyscraper starring Dwayne Johnson and Mission Impossible Fallout in which Tom Cruise reprises his role as Ethan Hunt. A new trailer has been released for the upcoming next story in the Jurassic Park franchise.

The Jurassic World Fallen Kingdom movie takes place four years after the theme park and luxury resort in Jurassic World were destroyed by dinosaurs. The island on which the resort was located Isla Nublar has now been abandoned by humans while the surviving dinosaurs have reverted to a natural way of life. Unfortunately, the dinosaurs lives are interrupted and endangered by the volcano on the island erupts into life. Owen played by actor Chris Pratt, and Claire played by Bryce Dallas Howard, decide to mount a rescue mission to save the remaining dinosaurs from an extinction level event. Check out the second trailer to be released below to whet your appetite further.