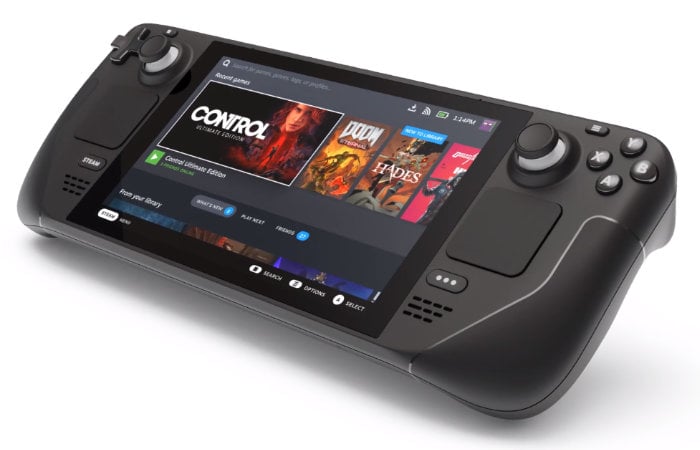 If you would like to learn more about the specifications of the recently unveiled Valve Steam Deck games console that is now available to preorder priced from $399, with increased storage options available and price points of $529 and $649. You’ll be interested to know that the handheld games console is powered by a custom custom APU developed thanks to a partnership with AMD. The Steam Deck has been created to run AAA games and “runs them really well” says Valve. 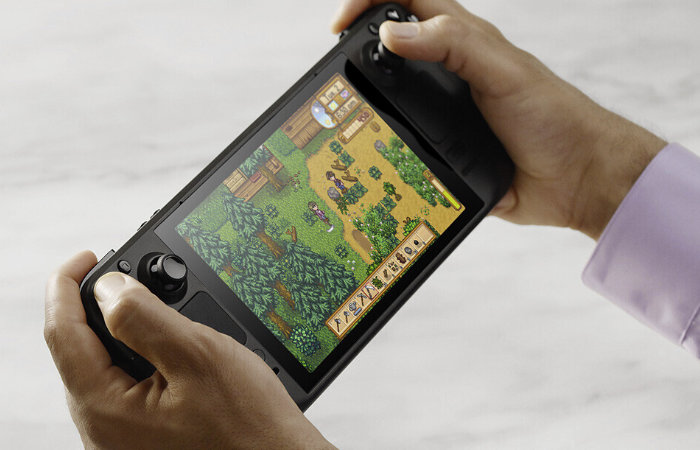 Valve Steam Deck specifications include an AMD APU optimized for handheld gaming, “a Zen 2 + RDNA 2 powerhouse, delivering more than enough performance to run the latest AAA games in a very efficient power envelope”. With on-board storage in the form of 64GB eMMC and options for 256GB NVMe SSD (faster), or 512GB NVMe SSD (fastest). All models use socketed 2230 m.2 modules and are not intended for upgrades but do include a high-speed microSD card slot enabling you to add extra storage when needed. Valve has officially announced a shipping date for their Steam Deck for February 2022

Other Valve Steam Deck specifications include wireless connectivity, fast suspend and resume options allowing you to quickly jump out or jump back into your favorite games. “Press the power button, and Steam Deck will suspend your game and go into sleep mode. Push the power button again and it will wake up right where you left off.”

As well as IMU and capacitive touch thumbsticks together with a single USB-C jack which is used for multiple purposes including charging or connecting to a large screen TV. Steam Deck’s rechargeable integrated 40 watt-hour battery provides several hours of play time for most games. While playing less intensive 2D games, or web browsing, you can expect to get the maximum battery life of approximately 7-8 hours on a single charge. 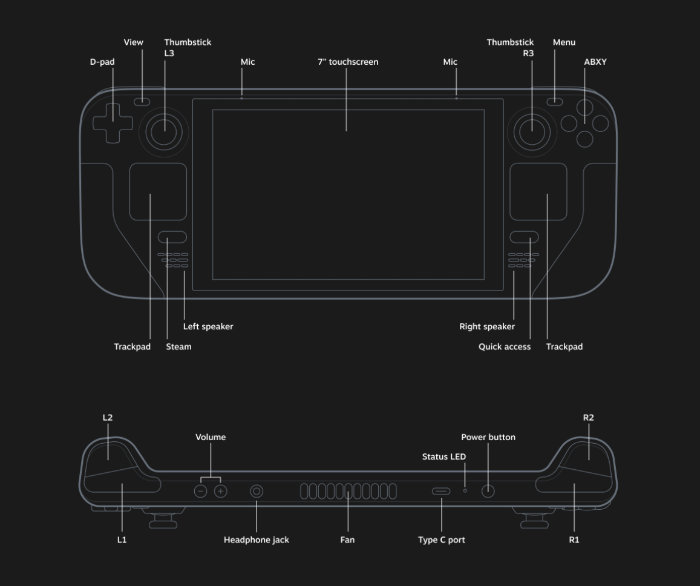 The display of the Valve Steam Deck games console takes the form of a 7 inch IPS LCD offering a resolution of 1280 x 800 pixels and 16:10 aspect ratio, with a refresh rate of 60 Hz and a brightness of 400 nits. Wireless connectivity is offered by Dual-band Wi-Fi radio, 2.4GHz and 5GHz, 2 x 2 MIMO, IEEE 802.11a/b/g/n/ac support together with Bluetooth 5.0 allowing you to connect additional controllers accessories and audio. Valve has also included a 3.5mm stereo headphone connection and the console will run SteamOS 3.0 out-of-the-box but also can be installed with Windows 11 or Linux.

“We think Steam Deck gives people another way to play the games they love on a high-performance device at a great price,” says Valve founder Gabe Newell. “As a gamer, this is a product I’ve always wanted. And as a game developer, it’s the mobile device I’ve always wanted for our partners.”