2011 has been the biggest year ever for shooters. No wonder a new line of gaming guns and gear have recently popped up for Xbox and PS3 enthusiasts. The difference this time around is the stuff is US Army trademarked, which is probably a not so subtle-way of endorsing the perpetual good guys in the Call of Duty franchise. (Except for General Shepard though, that guy rightly deserved to be wetworked by Soap and Price.) 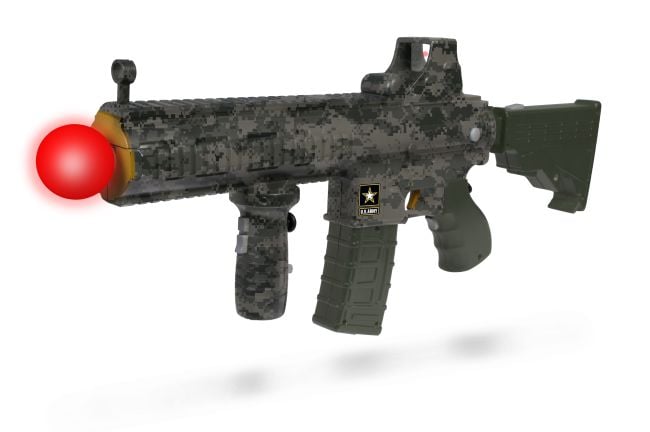 Despite the shameless plug for Call of Duty, this writer is strongly inclined toward Battlefield 3. It might not have won in sheer volume, but as a package, it freaking smokes. And yes, doing mid-air stunts is bad ass. Even when they go horribly wrong.

Included in the series are two variants of the Commando/Elite Force action rifle, a headset, a backpack, and a sniper rifle for those headshots.

The detail on the guns (the Heckler & Koch 416) is quite impressive, though whether these contribute to a overall improvement of your game is questionable.

If interested, check out the link down south for orders.