Ladies and gentlemen, an American biology student now holds the record for the world’s longest human powered flight by a female. She’s Judy Wexler and in the picture below she’s on Gamera, a carbon fiber four rotor aircraft that’s on track to bag the Sikorsky prize. It’s a holy grail of sorts among helicopter enthusiasts, its criteria being an unattainable goal of 60 seconds of human powered flight. Ms. Wexler has so far only managed less than a fifth of that span with her machine, but she’s determined. 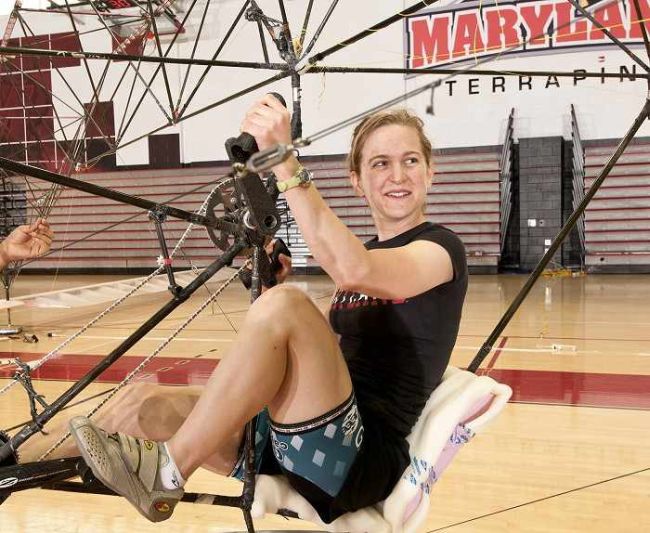 Funny name though. Apparently Gamera  a Japanese monster from a kaiju film--a monster movie. Operating the Gamera is no joke either. Its five pilots need to exert a lot of foot and hand pedaling to power the rotor and getting the frame off the gorund. Ms. Wexler and her team already succeeded with a brief four second hover, they’ve just bested themselves recently with an even longer limited flight.


Watch this video on YouTube.
If you ever cared about the future of flight in a fast paced and complex world, then you’d better be rooting for this team. Godspeed to them!