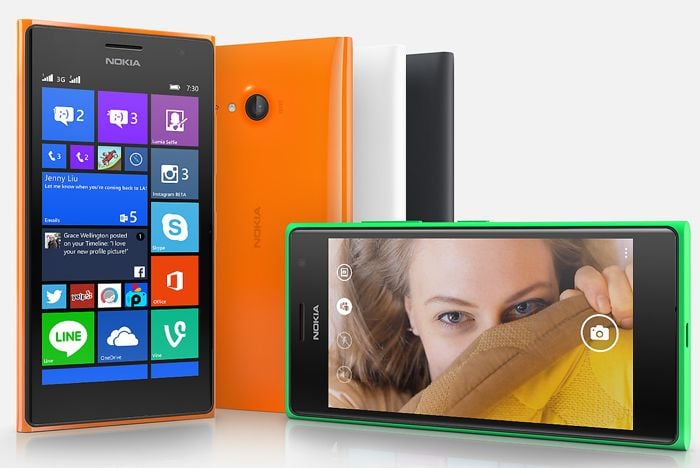 The unlocked versions of the Microsoft Lumia 735 and Lumia 830 smartphones are now available in the UK, the Lumia 735 is available for £224.98 including taxes and it comes in green, grey and orange.

The Lumia 830 is available SIM free for £304.98 including taxes, and the hamdset is available in three colors, black, orange and green.

As a reminder, the Lumia 735 comes with a 4.7 inch HD OLED display that has a resolution of 1280 x 720 pixels, the handset is powered by a quad core 1.2GHz Qualcomm Snapdragon 400 processor, it also comes with 1GB of RAM, 8GB of storage and a microSD card slot.

Other specifications on the Microsoft Lumia 735 include a 5 megapixel Selfie camera up front and a 6.7 megapixel camera on the back, the handset features Windows Phone 8.1.

The Microsoft Lumia 830 comes with a 5 inch HD display that has a resolution of 1280 x 720 pixels, the device is powered by a quad core Qualcomm Snapdragon 400 processor clocked at 1.2GHz, and there is 1GB of RAM and 16GB of storage.

Other specifications on the Lumia 830 include a 1 megapixel front facing camera and a 10 megapixel rear camera, the handset comes with Windows Phone 8.1.

You can find out more details about the unlocked Microsoft Lumia 830 and 735 smartphones over at Unlocked Mobiles at the link below.