Seriously, the underground CERN has got nothing on this soon-to-be-realized project. Since the universe is chock full of tiny particles whose very existence could go a long way in explaining a lot of stuff, scientists all over Europe think it’s important to bother tracking one particularly illusive something: neutrinos. To spare the reader a lengthy explanation, neutrinos are invisible light particles transmitted by cosmic cataclysms that happen to pass through our planet. The goal now is to catch them. 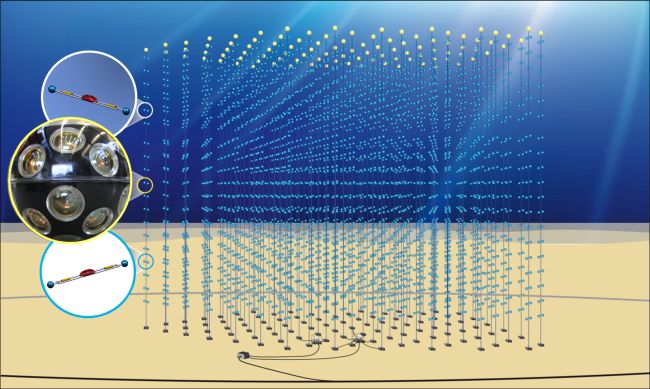 To achieve that goal, a vast underwater network of geekyness towers are going to be built with funding from the already bankrupt Italian government. The emerging facility will be called KM3NeT.

Since KM3NeT is a vast undertaking, it comes as no surprise that it has already got its own website available to sate public curiosity. In a superb effort to explain its long term value, the ‘About’ page reads:

The design, construction and operation of the KM3NeT neutrino telescope will be pursued by a consortium formed around the institutes currently involved in the ANTARES, NESTOR and NEMO pilot projects. Based on the leading expertise of these research groups, the development of the KM3NeT telescope is envisaged to be achieved within a period of about four years for preparatory R&D work, plus four years for construction and deployment.

The Mediterranean Sea appears to be an ideal place for this future installation: it provides water of excellent optical properties at the right depth and excellent shore-based infrastructure for marine operations and on-shore data processing.