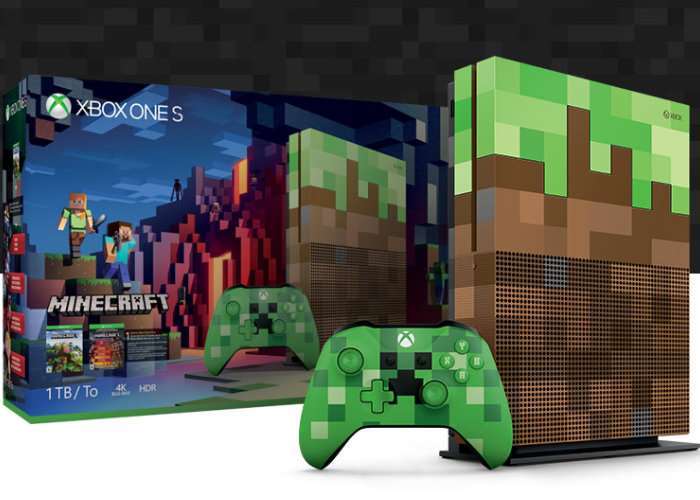 The Xbox One S Minecraft Limited Edition Bundle is now available to purchase and comes complete with a 1TB console together with Minecraft Creeper controller, Vertical stand and Minecraft Redstone Pack.

The Xbox One Minecraft game allows you to enjoy solo play or team up with four players via split screen or eight players online. Check out the un-boxing video below created by Microsoft revealing what you can expect from the console graphics and matching Xbox One S controller.

Create and explore your very own world where the only limit is what you can imagine – just be sure to build a shelter before night comes to keep yourself safe from monsters. Minecraft players! We salute your ingenuity. For years you’ve amazed us with intricate redstone contraptions, towering mega-builds and more – now it’s time to for us to celebrate your fathomless creativity with a carefully crafted console of our own.

Built to resemble that most noble of blocks – grass – this sleek tower of power is riddled through with redstone genius, enabling 4K video streaming, premium audio and the goodliest graphics get-up in the business. The system has been customised inside and out with Minecrafty features – it even has Minecraft sounds when you boot it up.